Ever since my brother JT urged me to many years ago, I’ve taken time to try and listen to music for pleasure instead of analyzing it to death. I don’t always have time to do this because my schedule dictates that I listen to music I need to learn and perform more often than just “putting on some tunes”. As a musician I have to try to remember that I’m in a bubble of my own design when I’m playing and writing. It’s a sealed environment where I find out a lot of things about music and myself through hard work and practice. That sealed environment can get very cerebral and before too long I can end up with an overwritten piece of music in 3 keys with 2 time signatures and several sections. I’ve done it all to often and while the results may be stimulating to play and rewarding for the musicians to learn and negotiate, the audience can get lost and the music has then lost it’s way in my opinion. I think that the cerebral nature of a lot of modern jazz operates in stark contrast to the roots of the music and could be one of the key factors in this bubble effect. There are many facets to how and why this music has changed over the last 100 years but it cannot be denied that the intellectual bubble of most modern jazz is one of the biggest hurdles we have to get over as the presenters of music. 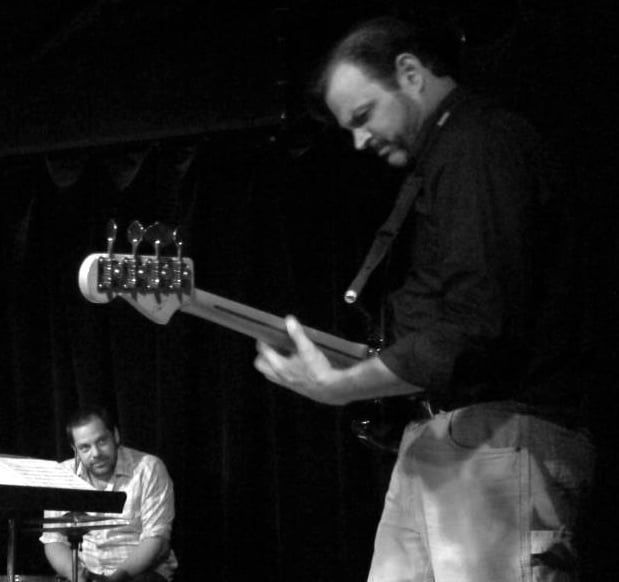 So many modern jazz composers spend their time within this bubble, developing ideas and building their language up to a point where often the only people who actually connect with their music are the players in their band and other musicians. That leaves the non-musician audience out of the loop on a certain level. Now that’s not to say that the average listener can’t enjoy this music; it just means that we as the composers and performers have to find a way to connect with our audience in new ways. Take some time to explain a little about the piece. Make references to what influenced the music. Talk about your inspiration. Let the audience feel your energy and excitement about your discovery of ‘7 over 4’ and you may find they connect with it more directly. The collective musical groove of American culture is no longer exclusively informed by classical, swing, be-bop or even blues but by rock, country, r&b, hip hop and all points in between. That’s not a criticism that’s a fact. 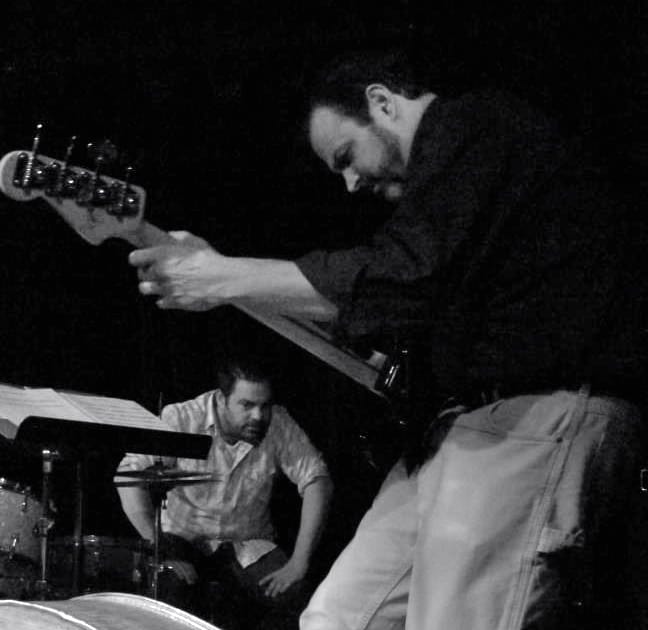 I work hard to write and perform within a framework that is inclusive of all the music I love and because I live in this time and not in the past my music comes from many places. To combat the bubble effect I try to pick something from my music library (CD’s, Vinyl and digital) to listen to for fun. I use this to cleanse the palate and keep my mind connected to enjoyment and flow in music. Last week it was Sting’s ‘Nothing Like the Sun’ album. I have been listening to this album for over 20 years and the whole thing still feels great. The music is mostly a combination of reggae, latin and r&b styles and the lyrics tell great stories. The playing is remarkable in it’s clarity and execution. Then again it is a rock record from 1987, likely recorded and constructed through overdubbing and editing. The core players are Manu Katche on drums, Sting on bass, Kenny Kirkland on keyboards and Branford Marsalis on sax along with many other guests. I think because I know the music so well I can turn off my analytical brain and just focus on the enjoyment side of it. The whole thing got me thinking about that Branford Marsalis quote from the Sting documentary ‘Bring on the Night’ (which documents his first solo album and tour after the Police broke up) “Jazz musicians are social critics”. I’ve always thought that was an interesting way of describing how improvised music takes on the character of the people and the times surrounding it.

Just as classical music evolved from it’s origins in the church through to it’s enshrinement in the modern concert hall, jazz has seen a shift from being the popular music of it’s heyday to being over taken in popular culture by rock and hip hop. Jazz has proved to be very resilient and has successfully absorbed many aspects of modern music. Look at Robert Glasper’s hip hop influences, The Bad Plus and their balance of rock and classical, Vijay Iyer and his Indian polyglots. These artists have strived to combine and assimilate inspiration into new forms and to engage with audiences in new ways. So many of the kids I teach have to be taught how to ‘swing’ but can effortlessly play in a rock style and that is because they don’t listen to swing. They aren’t exposed to it. Their parents grew up on Aerosmith and Led Zeppelin and Radiohead and Bjork. So do we fight against these changes or do we embrace it and work from within to influence the audience? For me the answer is still pretty simple. Embrace the change. Promote yourself and your fellow musicians. Pay attention to the flow and execute your music with excitement and joy. No one can deny it when they see a smile on your face because FUN WINS. See you this month for some awesome shows.

Red Planet makes music of highly organic vibrations. This is quite possibly our last show of 2013 so come on down and take a trip with us!

Adam is a great composer of modern Big Band music and this band is really connecting as a unit right now.

Nov 13th – Chris Bates and Fred Bretschger bass duo @ Jazz Central   8:30-10:30pm  $5-10 donations. Fred is a fantastic bassist formerly of the SPCO. This will be a special acoustic show of jazz and other music. Also, I turn 43 at midnight.

John is a phenomenal trumpeter based in NYC. Great originals and standards.

A Minneapolis CD release party for the new ‘Expansion’ album. AQ is one of the tightest and most cutting edge groups I’m in. Come on now.

Live music makes it happen! See you out and about – CB