I hope you will consider joining us to celebrate this new music. Jay, Chris, and I are very excited to play for you all and we are planning to play all the tunes from the record plus a smattering of our other favorites. We’ve been getting some great feedback on the new album including this great capsule review from Richard Kamins @ steptempest

“Guitarist and composer Chris Olson, who along with bassist Chris Bates and drummer Jay Epstein make up the trio known as Framework. Their new album, “Cognitive Dissonance”, is the trio’s first for Shifting Paradigm and its first recording in over a decade.  Featuring 11 Olson originals, the music covers a wide swath of musical territory. Opening and closing with two takes of “New Anthem”, the attentive listener can hear how the trio develops material. Version one refers a bit to Jimi Hendrix in the opening seconds and then falls into the melody Americans sing at the ballparks, stadiums, hockey rinks, and elsewhere.  Bowed bass and splashing percussion support the melody, played mostly using chords by the guitar. The “alternate take” that closes the program is fairly similar, not as noisy but still played somewhat like a dirge.
In between those two tracks is a fascinating collection that spotlight the excellent group communication, Olson’s fine melodies, and his spirited guitar playing. Bates and Epstein are right in there with the guitarist, pushing and prodding him needs be or strictly building the foundation to frame his melodies and improvisations.  “Hitchens” rolls forward with guitars coming out of both sides of the speakers while the melody is in the middle of the sound spectrum.  “Dawkins” gives bassist Bates a chance to step out and he leads the group forward on the strength of his thick tone and melodic prowess.  There’s a wistful quality to the guitar work on the ballad “Changes We Can Believe In” but a bit of grunginess makes its way into Olson’s guitar tone before the bass solo returns to the opening feel.
Framework can swing (“Bluetrois”), can deliver a delightfully melodic waltz (“Pre-Conceived Notion”), and they can create aural waterfalls (“Tortured Thoughts”) –– some of the song titles don’t necessarily easily fit the songs but the trio’s musicality will win you over.  “Cognitive Dissonance” does not describe how good and ultimately satisfying this music is (well, it does go a long way to describe the mood of “New Anthem”). Titles aside, this is quite an enjoyable album! – Richard B. Kamins – Aug. 31, 2021 https://steptempest.blogspot.com/

SO, dont’ take my word for it, listen to Richard. We hope to see you at the show tomorrow night! 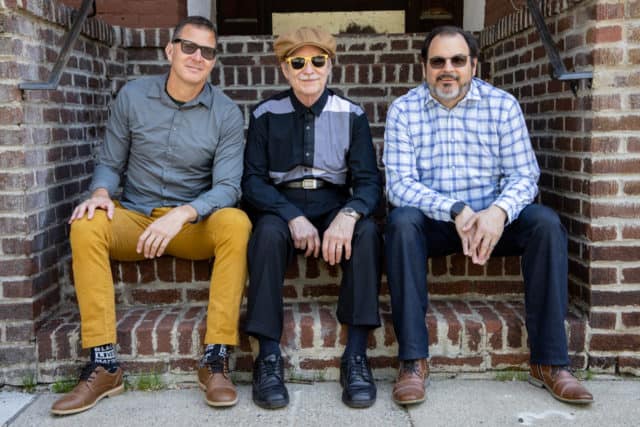 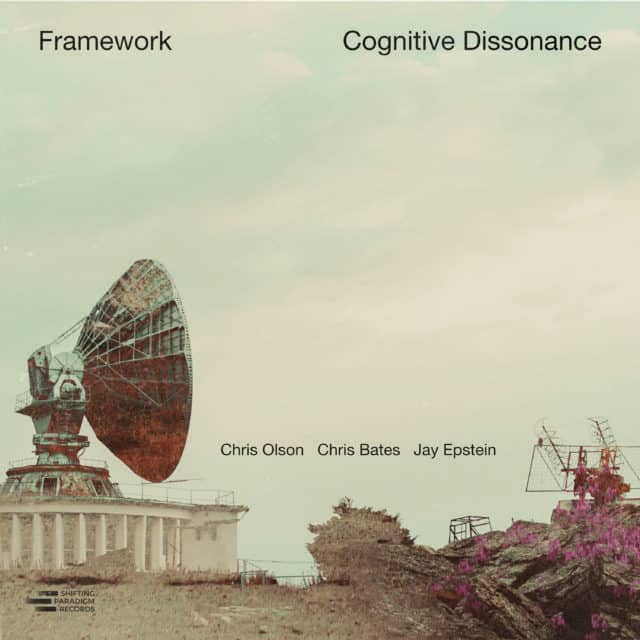